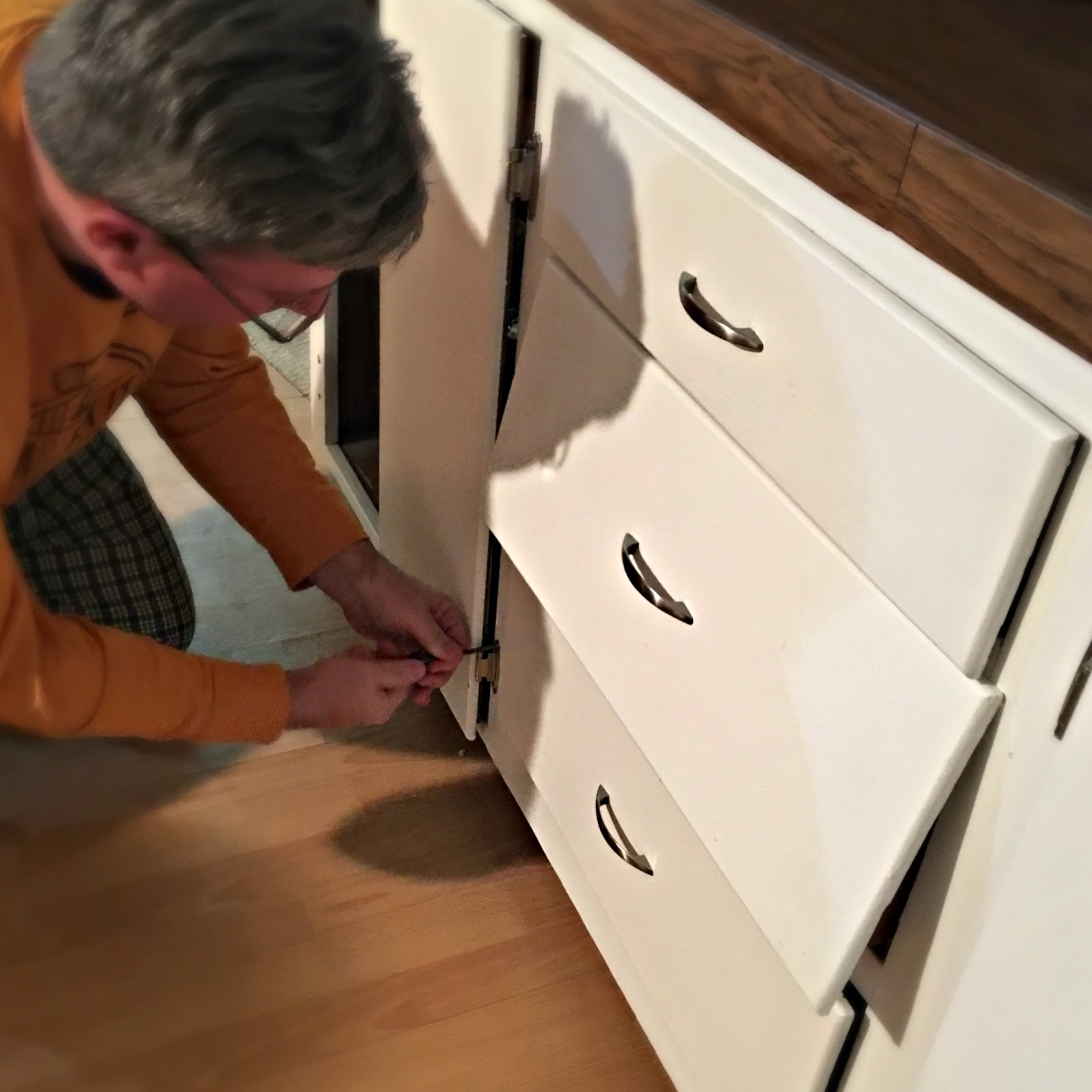 I was a little late to the party,
but I have most definitely jumped on the
Chip & Joanna 'Fixer-Upper' bandwagon!
We are eleven months into our first year in the "new" house,
and house projects now fall into two categories:
1. Little tweaks we can do now that don't cost much
and
2. Big "make-over" ideas on a list for someday.

Our first little tweak of the year was to deal with the bar
that separates the dining and living space.
Someday,
When we re-do the floors and re-design this space
we will replace this island.
In the mean time,
I was going crazy looking at {and opening/closing}
cupboards and drawers that weren't flush or straight! 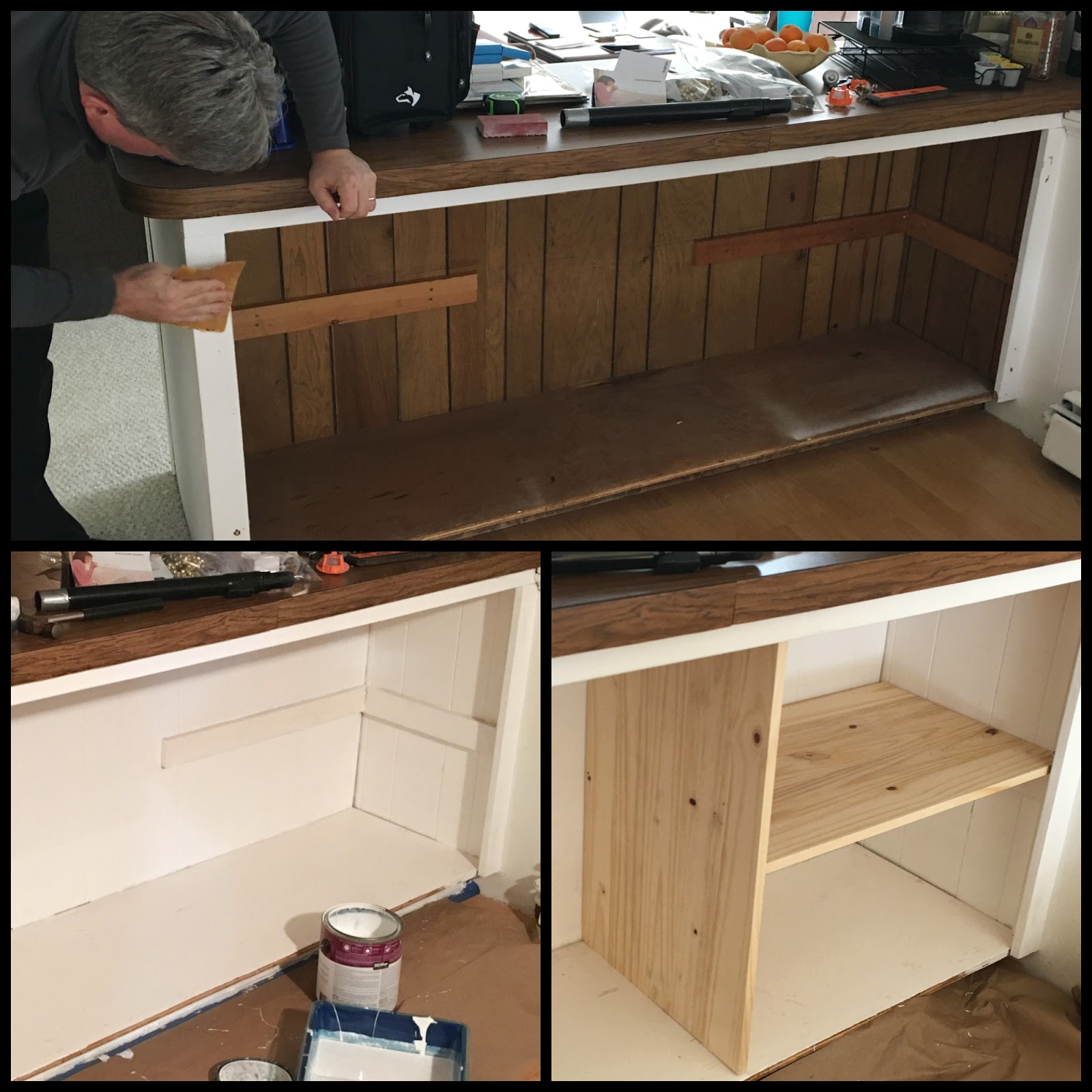 So, after my daughter found us a PERFECT inspiration pic on Pinterest,
my husband gutted, sanded and began to paint the whole thing.
He built new shelves and some trim pieces... 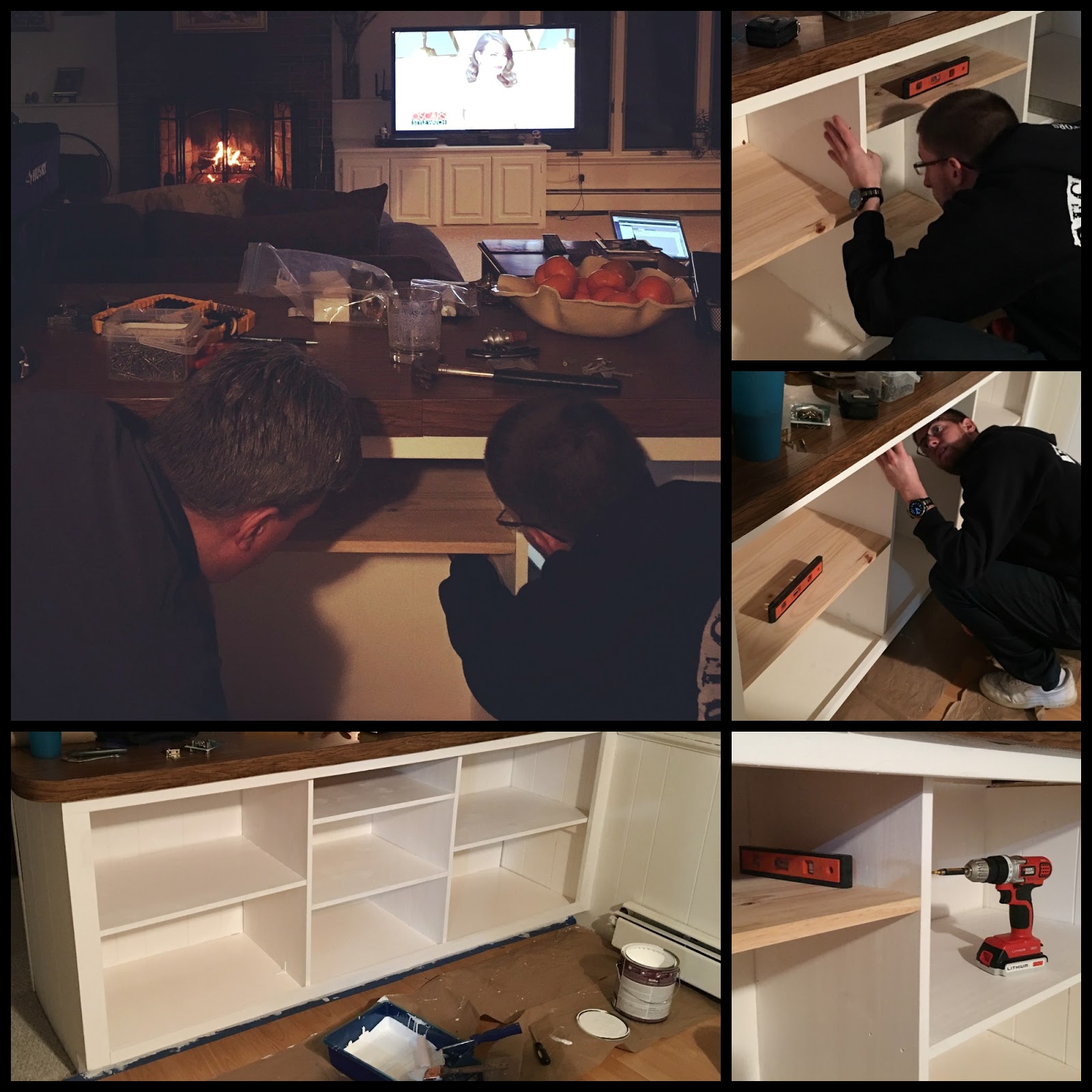 ...and was joined by my son
{who loves home improvement projects and home cooked meals!}
who helped cut and install the final shelves.
My "job" was to shop...
Hahahaha!
...to shop for baskets and arrange the goodies on the shelves.

I am SO pleased with the way it turned out.
It's the perfect "little tweak" to update this space and make it more functional
until the 'someday' plan is put into action! 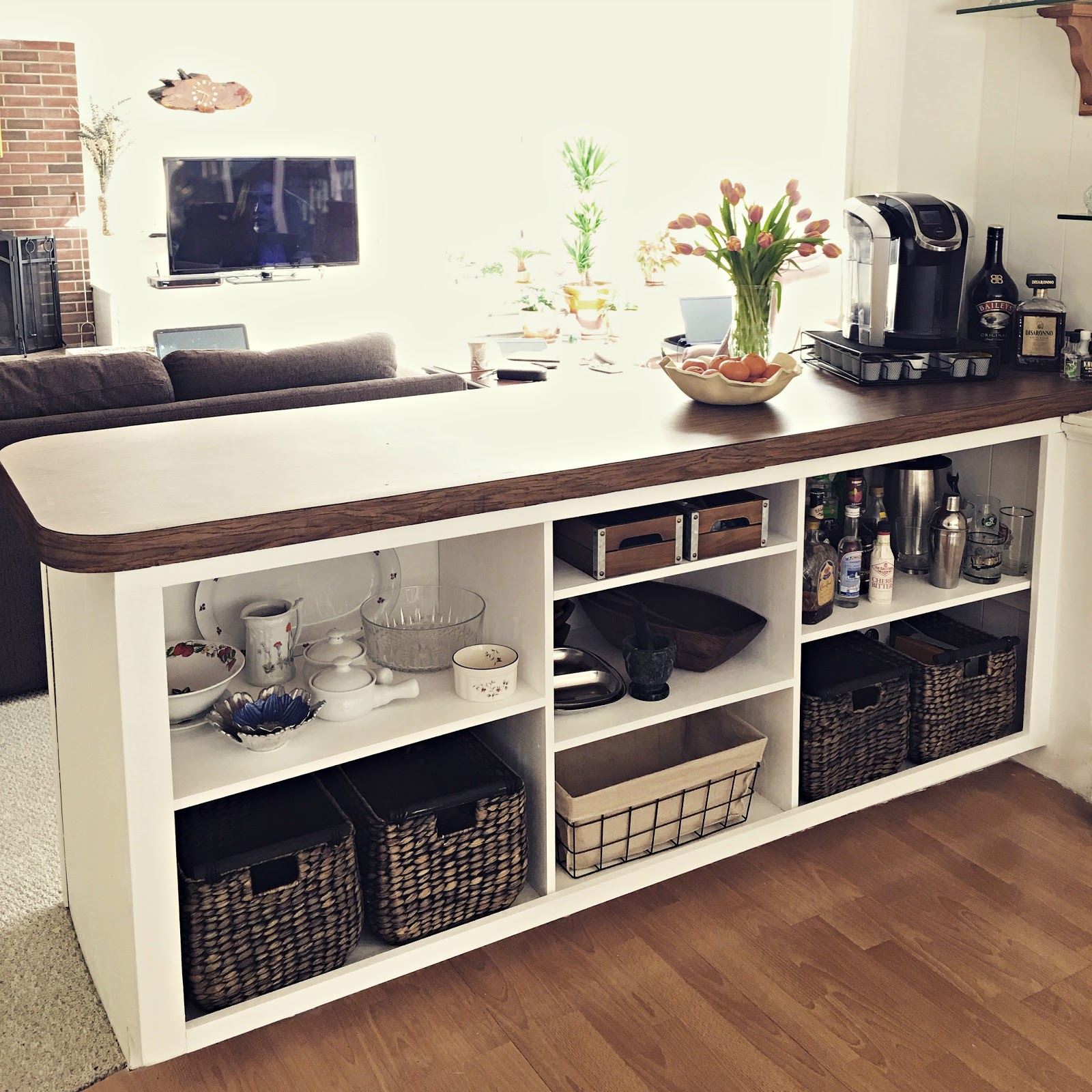 Joining Tamar for some
Good. Random. Fun.
Posted by Adrienne at 12:02 PM 19 comments: