Of Vines and Motherhood 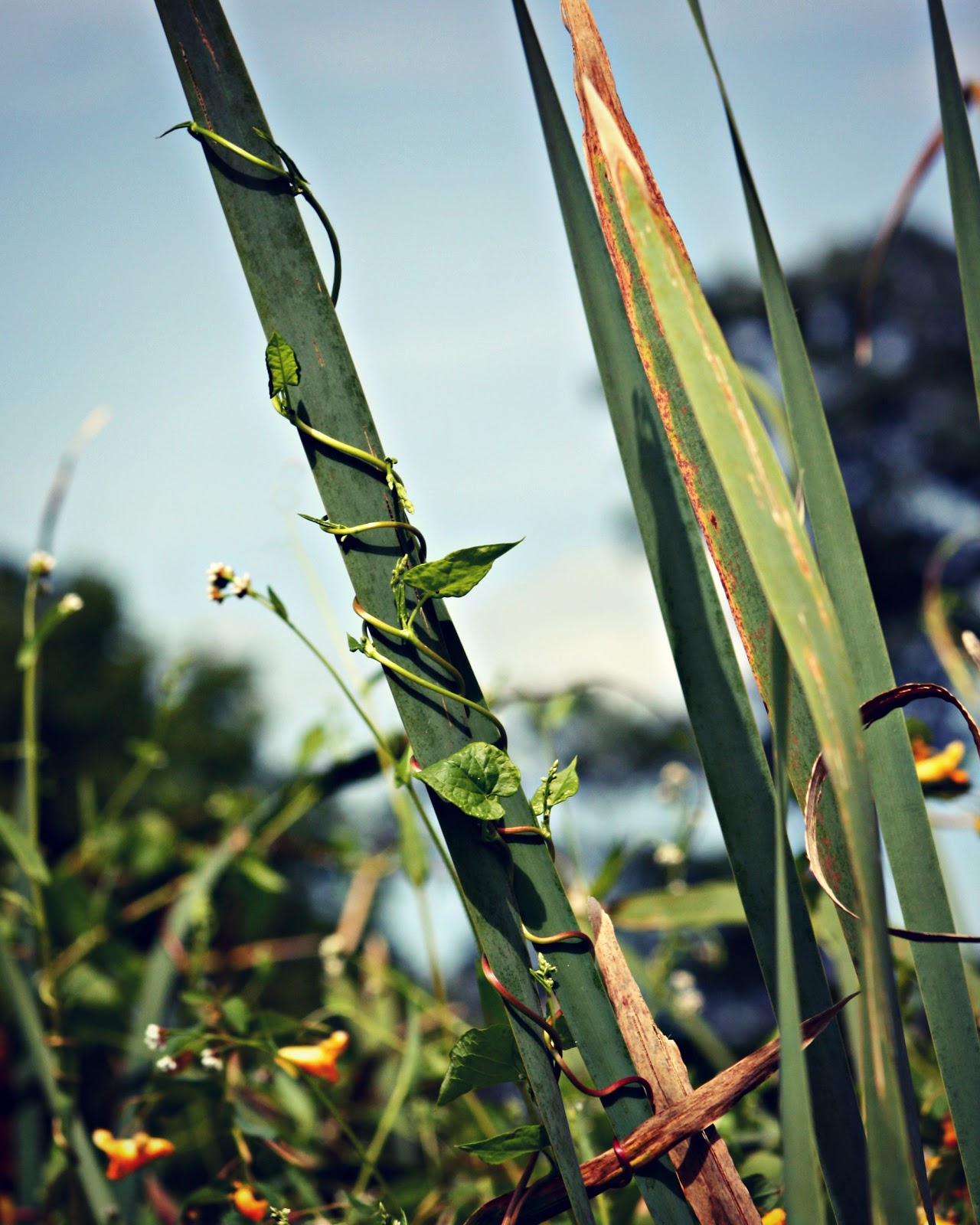 I've heard that vines, though lovely to look at, are known for squeezing the life out of things.
Things like marsh grass.
Or entire trees!
I've read that they can wrap themselves so tightly around the trunk of a tree
that they choke out all of it's growth potential.
and...
Vines that climb and cling often cover over the cracks and weaknesses underneath them.
also...
They will, if left unchecked, grow thick enough to weigh down their host
or limit the light that reaches it's branches.

As I've watched
{via social media}
another school year begin,
these vines have wrapped themselves around some thoughts I'm having about motherhood.
Whether you're sending a child off to their first day of pre-school,
or their first day of college,
the emotions that come with
"letting go"
are often very difficult for a mama to navigate.
Since my kids are both over 25
{and "over" the whole school thing}
I don't have the cyclical reminder that time is passing,
that they are growing up,
and that part of my job is to figure out just how much to let go.

Truth is,
I don't think I was ever a very clingy or tightly wound mom.
But I've still had to do quite a bit of letting go.
And still get smacked in the face with waves of emotion
when I find myself longing to wade back in to the center of their worlds.
The vines help though.
Because I don't want to EVER be that mom
that smothers.
I don't EVER want to cling on so hard that I stunt their growth
or weigh them down
or steal their light.
Right?
None of us want that.

But, oh my...
the letting go can be oh so unnatural sometimes!
The twenty-somethings hit road blocks too sometimes.
Young adult struggles are real and, often, laden with real-life consequences.
So that overly-protective,
cover their cracks,
hold on extra tight
motherhood gene springs into action.
It's dawned on me recently that
I was holding on tight
to a young man who needs breathing room.
Oh,
maybe not in a way that most people would notice.
But my mama heart's been in squeeze mode.
Time to take a deep breath
and,
for the one-millionth time,
let this kid keep on going.
And keep on growing.